Following the remarkable success of Mammoth millet over recent years, Soya UK will be placing further acreage on full buy-back contract for Mammoth millet next Spring.

In 2004 we embarked on a series of trials with 12 growers taking part in commercial trials of a new variety of white millet (also known as proso millet) called "Mammoth" millet. Mammoth performed very well and more than met our highest expectations. Mammoth is a very productive, short-season crop and even in the cold, wet seasons of 2004, 2007, and 2012, the crop was harvested within an acceptable time frame.

There is substantial market demand for millet grain and after more than 15 years of success, we have concluded that the crop is here to stay. Once again, we are placing contract acreage for next spring.

Our experience over a number of years with this crop, has stood us in good stead. We now have a well developed agronomy model which is very simple and highly effective using maize-type chemicals. Disease has not been a significant factor, and normally no fungicides are used. Seed yields are in the range of 1.00 -1.85 tonnes per acre, with typical yields of a good crop at 1.5 tonnes/acre.

Mammoth is exclusive to Soya UK, and is being produced under full buy-back contracts. Last year, these contracts were over-subscribed, but we are expanding the area this year. Growers are encouraged to speak to us as early as possible. 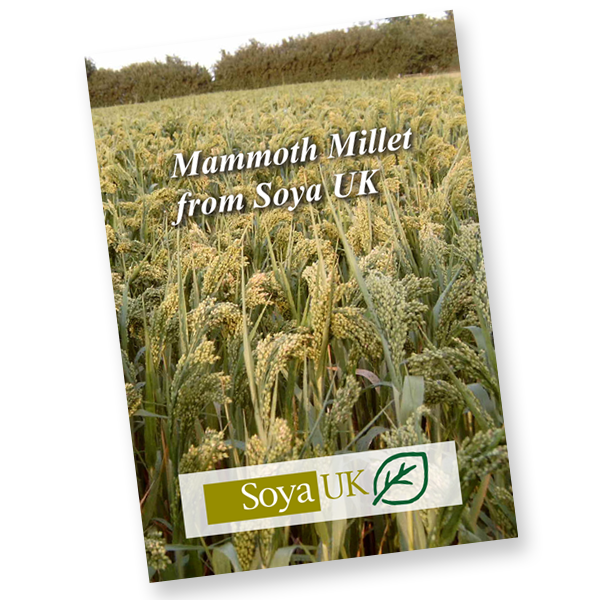 This is a harvest report from a grower in Kent who grew Mammoth for anaerobic digestion:-
"We planted the crop on the 15th  May. The crop received 250 kgs/ha 20.10.10 and 50 kgs/ha urea all on the seed bed. We did one weedkiller of Bromoxynil around about 6 leaf. We harvested on 15th September. Yield was 10t/ac fresh weight and as you can  see from the analysis with a dry matter of 32% a gas yield of approx 170 m3/t.

We feel we could have done better yield wise with a few tweaks on the growing front, however, harvesting was very easy and given the amount of rain we had over the summer the crop was standing whereas the triticale/vetch mix fell over and was a challenge to harvest.  All in all we are encourage by the this first time and will try some more next year."

Millet being cut for A.D. 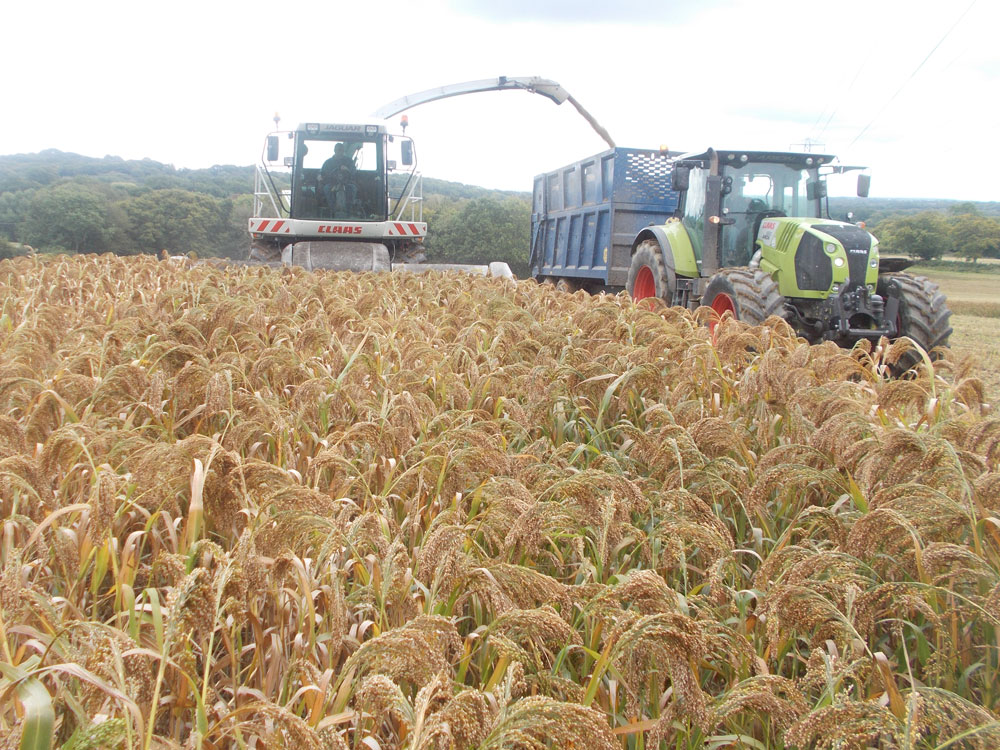