MARKETING UPDATE - Soya values for harvest 2021 crop have climbed dramatically Since December.  For Harvest 2021, we are now projecting values in the region of £475 per tonne for our 2021 Hard IP contract.  Click here to view our latest gross margin projections.

Soya UK have been working with Soya since 1998. Many years of trials and development has given us a solid base of the best varieties for the UK and a comprehensive knowledge of the crop.

All our varieties are non-GM Soya UK varieties have a number of beneficial features in terms of plant architecture, ease of harvest, earliness, and adaptation to UK latitudes.

This is incredibly important for growing soya in the UK where earliness and harvestability are key to being able to grow the crop. 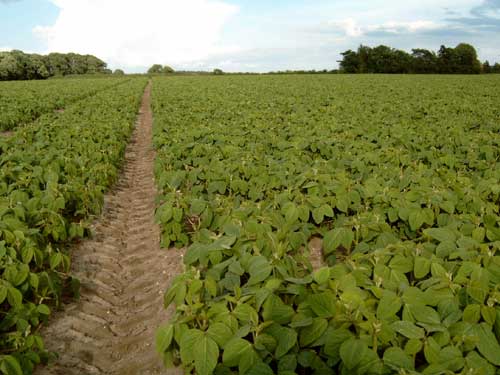 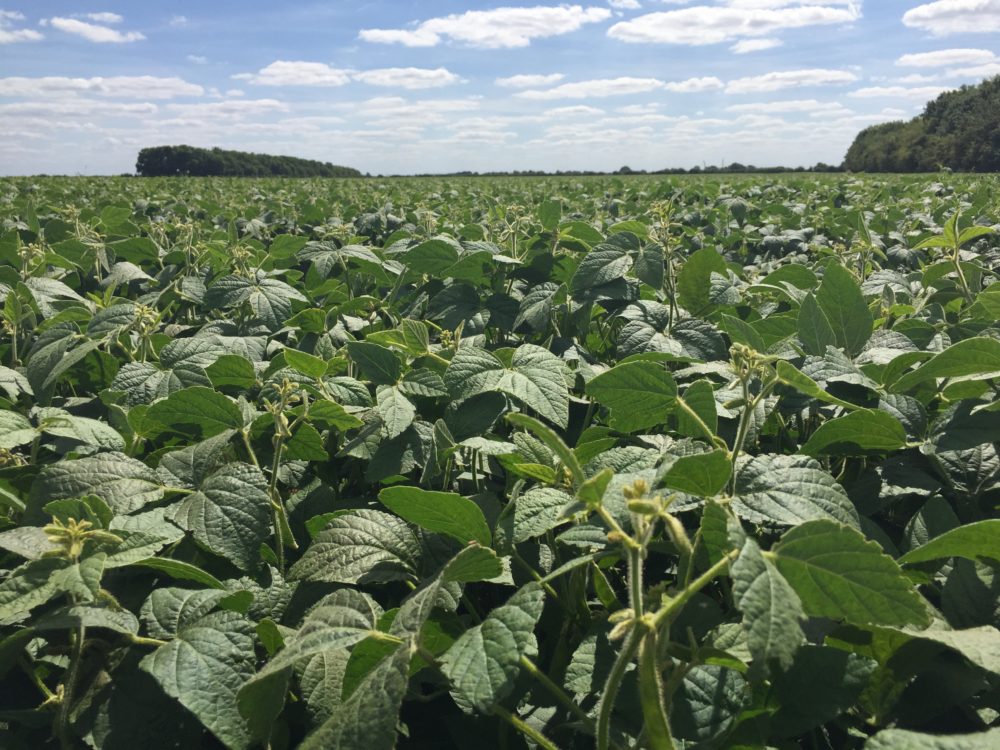 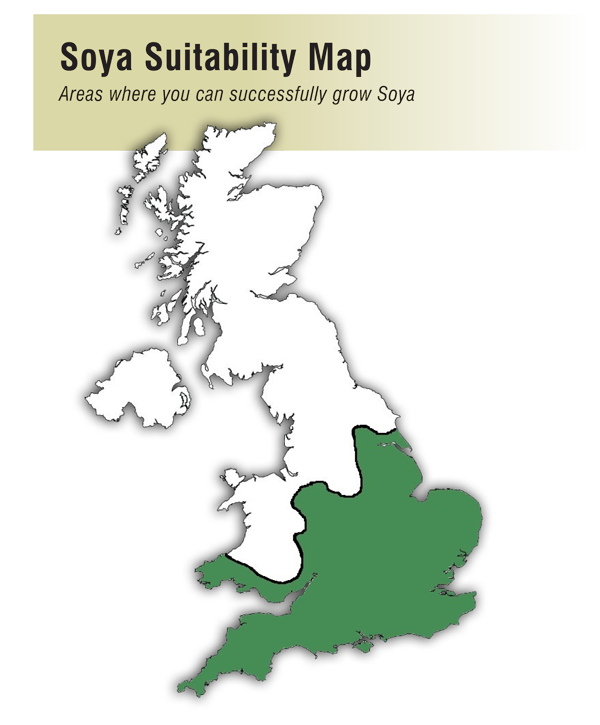 Soya agronomy is well established and straightforward. Much depends on selecting the correct variety in the first place and then following the correct advice.

Soya UK have been growing soya here in the UK since 1998.

In the last 18 years, we have seen a transformation in the breeding of the soya varieties, with a number of adaptations which are particularly useful to growers in the UK.

Soya UK varieties have been bred for earliness.  This is an essential feature in colder, wetter and more northern situations, like the UK, but the real skill is in breeding for earliness whilst retaining yield potential.

Again – this is an obvious breeding objective which has seen significant improvement.  In various European trials, our varieties have out-yielded the best of the other European and North American varieties.

In 2015 we launched our new varieties which are radically different.  They now have thick, independent stems, higher pod attachment, and terminal clusters of flowers which mean that the majority of the yield is in the upper half of the canopy.  The result is a crop which is easier to grow, easier to manage, more weather robust, and easier to harvest.

In 2011 our breeders revealed a new feature which they had developed through natural non-gm breeding processes.  This new feature means that where 2 or 3 pods were once formed in the leaf axials, the new varieties will form much more.  This removes an important limitation on yield, and our newer varieties (Vilshanka and Siverka) benefit from this feature.

Soya UK varieties are all bred to produce quality soya beans, whilst offering the producer the benefits of better and easier harvesting, higher yields, less disease and earliness of harvest.  In addition, our varieties can be produced in regions and in area where traditional varieties are not suitable.  This allows for the potential introduction of soya into areas where current cropping choices are limited, and for the expansion of production area

2005 - Elena was the first variety with a terminal cluster of flowers on top of a thicker, independent stem.

2017 - New varieties have the new feature of multiple podding in the leaf axials. 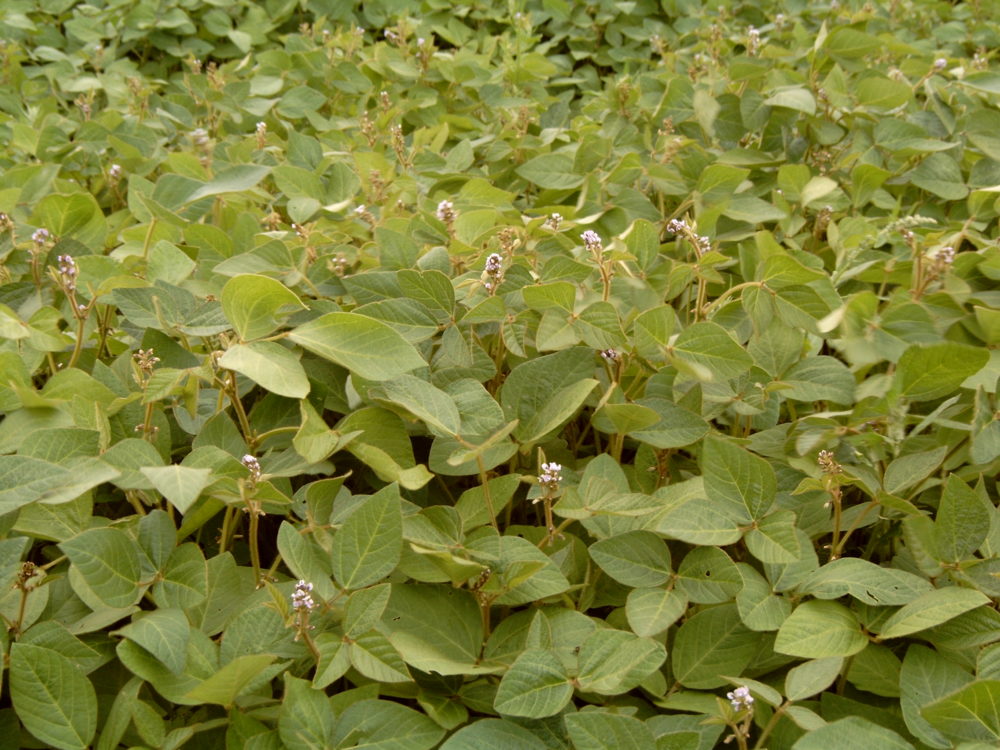 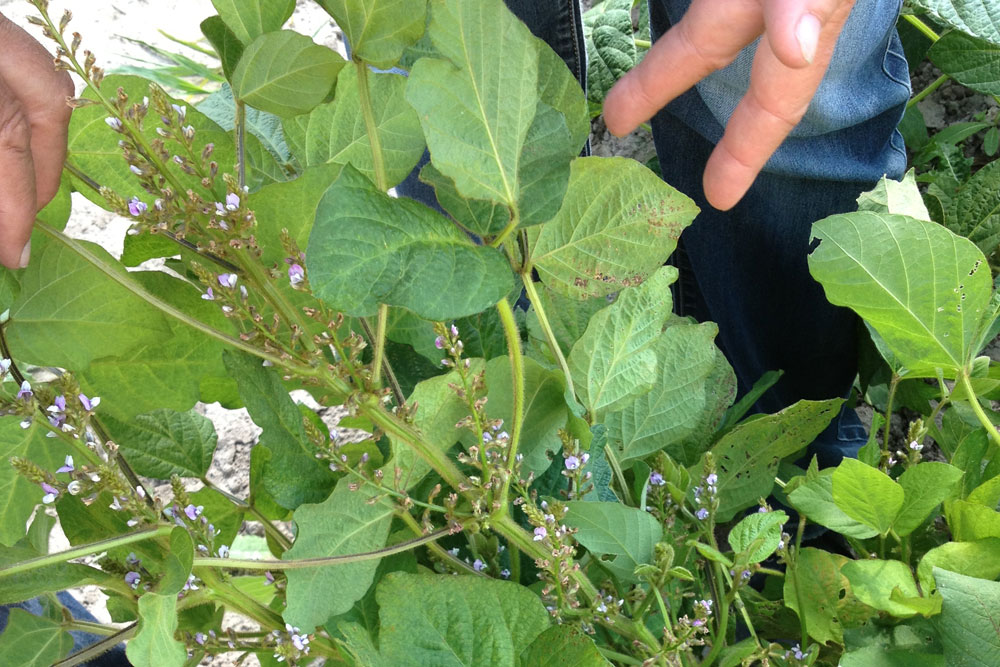 New to us in 2015, Siverka is a white/grey haired variety with a clear hilum, excellent yield, intermediate earliness, and good plant height.

Siverka is our main variety with most growers planting Siverka. 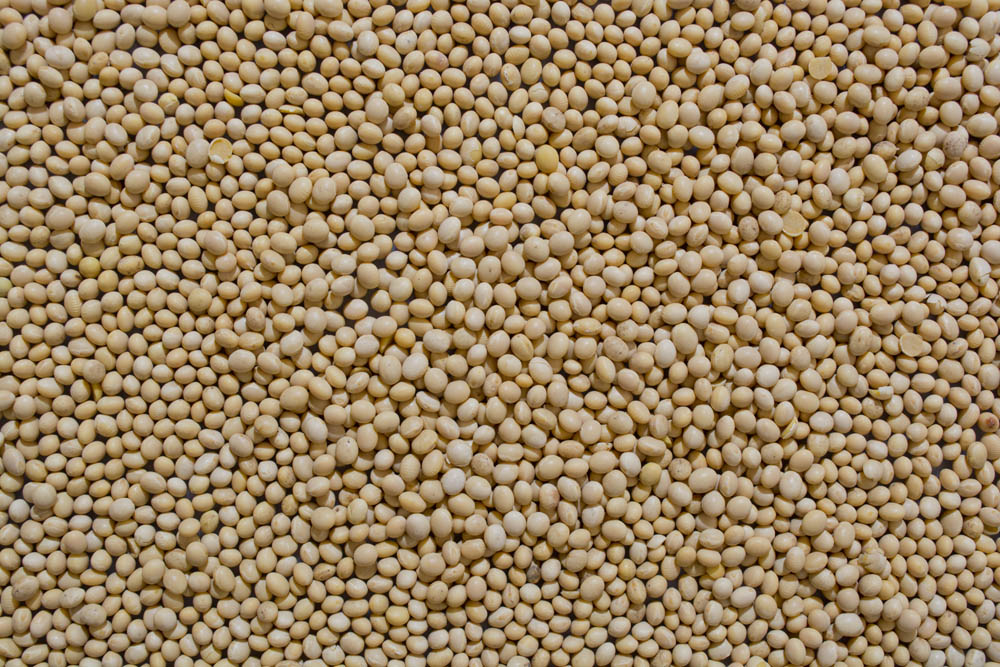 With worldwide demand for soya increasing steadily over recent years, the price of soya has increased year on year.  Huge demand from China and South East Asia has led to this steady increase.

There is also increasing demand for GM-free Soya from buyers here in the UK.  These non-GM beans are known as "Hard IP" (Identity Preserved) soya beans.

Soya UK are well placed to provide for this market and we have an increasing number of buyers here in the UK who are keen to buy our UK Hard IP beans.

If you grow soya with us, you will be growing on a Hard IP contract.  We also operate an organic contract for organic growers in the suitable areas of the UK. 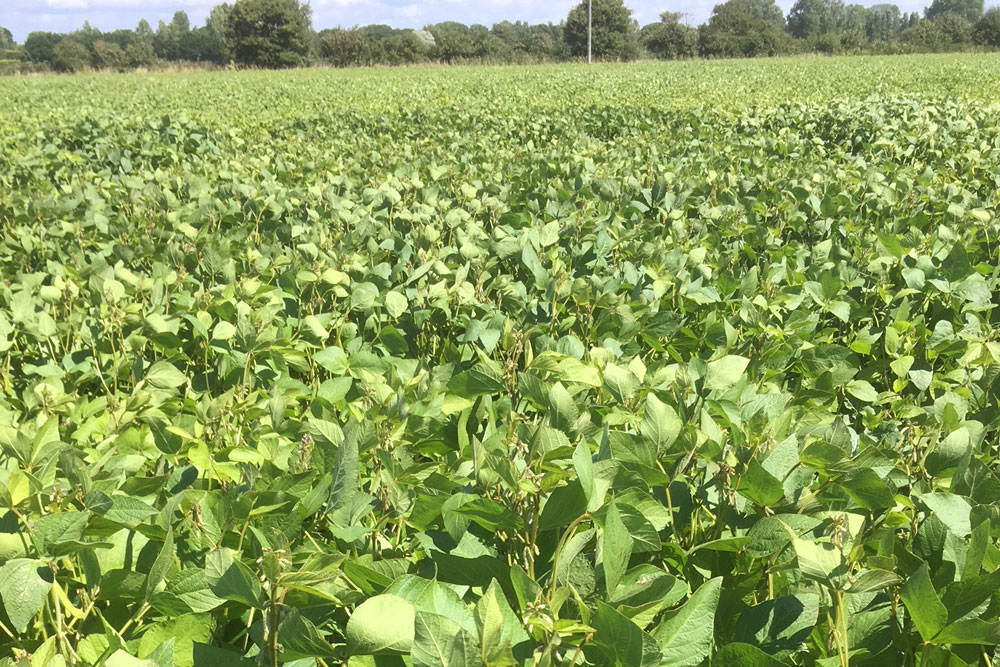 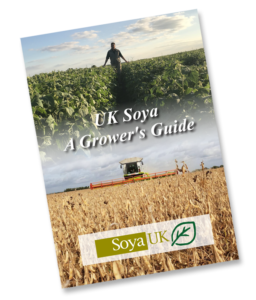 This system simplifies the drilling operation by avoiding the need for the grower to inoculate the seed in the drill with separate sachets of rhizobium inoculant and will allow growers of larger areas to take seed in 500kg bags, ready to go into the drill.

Since 2007, this has been our standard system, and remains exclusive to Soya UK Ltd, although seed is still available for situations where the use of sachets is preferable. Pre-inoculated seed is available in either 500kg or 25kg bags